Now, take even greater control of your plant floor.

Is Your Food and Beverage Business Struggling to Connect Disparate Systems? 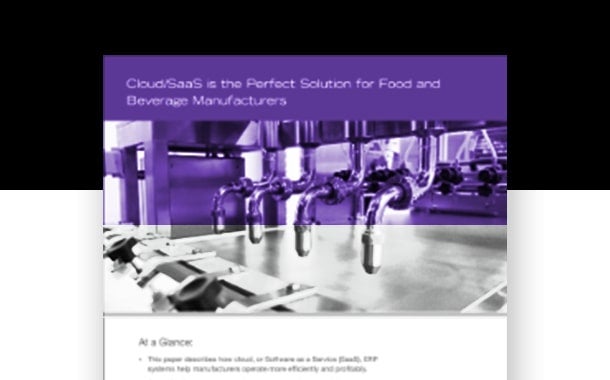 Please complete the form to view

Cloud/SaaS gives you the visibility and control to more effectively manage day-to-day production.

Explore the main reasons Cloud/SaaS systems are quickly becoming the preferred choice for food and beverage processors including: 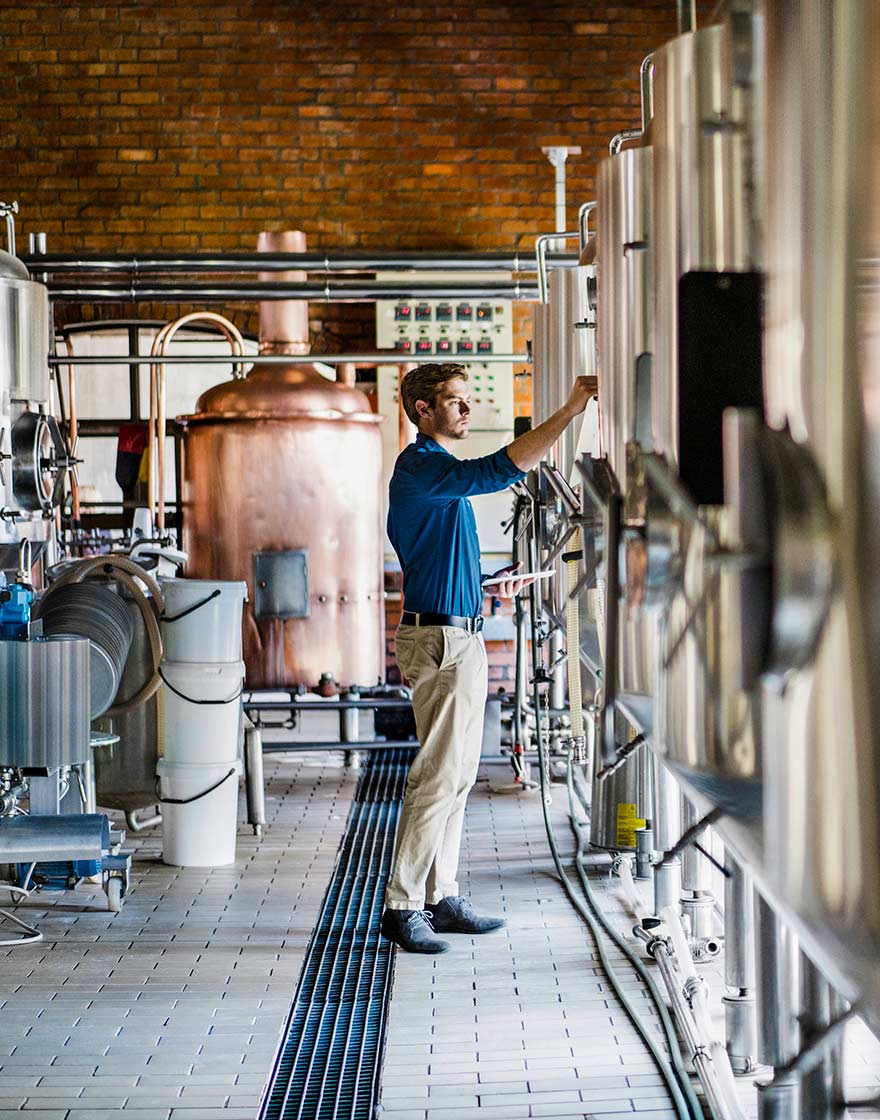 Cloud technologies are rapidly being adopted by leaders in food manufacturing.

As food and beverage manufacturers attempt to operate as efficiently as possible, many have found their management systems are neither lean nor able to link locations and operations in real time.

In the past, they have had only two options. First, they could live with systems or a patchwork of systems that do not meet current needs. Or, second, they would have to make large investments in IT personnel, computer and network storage upgrades and expensive software until the next upgrade came along.

Most companies would rather not continue indefinitely diverting resources into software systems or adding costly IT resources.

That’s why ERP systems that use a cloud, or Software as a Service (SaaS), delivery model are great choices. The cloud solution providers handle the maintenance and management of data off-premises. Employees can access real-time data anytime, from anywhere, using a simple Internet connection.

Fast becoming the preferred delivery model for companies in other manufacturing industries, the cloud model is rapidly being adopted by leaders in food and beverage processing.

Simply stated, cloud and SaaS are interchangeable terms for an application delivery model in which the user accesses software over the Internet. That is why this model is also referred to as “on-demand.”

Management and maintenance of the system that serves the software is outside the responsibility of the user — one less burden for the manufacturer.

Cloud solutions are available via subscription-based pricing, rather than the “perpetual license” that usually accompanies client/server software.

In true cloud applications, all users run off a robust infrastructure and a single instance of the software. Authentic cloud applications are delivered from a “multi-tenant” system, which means that there is a single instance of the software running, and multiple companies use this system as if it were dedicated to their own use.

Non-technical evaluators sometimes worry that their data may somehow “be mixed up with another company’s data.” However, modern database structures and security technology easily prevent this from happening. More importantly, only multi-tenant systems can be combined with new software development models to deliver the long-term advantages of the cloud model.

Cloud-based on-demand ERP systems provide real-time data that is accessible anytime, from anywhere. This is not only a benefit, but often a necessity for manufacturers with operations in more than one location.

Because all information is available to all users at all times, there’s no need for manual consolidation of data from different locations. Cloud users report increased productivity as those manual functions become unnecessary. Also, managers are able to identify issues sooner and nip problems in the bud. Most importantly, they can make better decisions as they have complete, constant visibility into the day-to-day operations of their businesses.

World-class cloud/SaaS solution providers plan for the unexpected in many ways, including the use of a system known as Failure Mode & Effects Analysis (FMEA). Security FMEAs continuously try to find security holes in the systems and attack vulnerabilities, staying ahead of potential hackers.

One such provider, Plex Systems, also employs a “White Hat” security service that scans the system, searching for any vulnerability, multiple times each week. The service provides a broad range of lengthy testing and detailed reporting, along with an interface that the company uses to ensure the highest possible security levels at all times.

A Plex Cloud ERP user, Ralco Industries, reports assigning an employee who once worked for the CIA to spend a month trying to break into Plex Manufacturing Cloud. He could not do it.

Potential SaaS users may fear that off-premises servers are more likely to crash because they are out of the users’ control. Actually, there is a much greater likelihood that a company’s on-premises system will fail.

Most SaaS/Cloud systems provide not only backups, but backups to the backups. These built-in redundancies ensure that customers’ data remains safe and accessible by multiple fiber cables. Storage Area Networks used by SaaS providers are “fault-tolerant,” meaning there is no single point of failure that could crash the entire system. Every single operation is performed and then performed again in an isolated back-up system ― just in case.

The single most common point of failure in any business is the Internet connection. That’s why SaaS solution providers rely on two, sometimes even three, separate Internet service providers for optimal connectivity and robust “fail over” connections to ensure uninterrupted service. If one provider goes down, traffic is handled by the different circuit, or circuits, automatically, with no business disruption.

The disaster recovery plans used by SaaS providers are more sophisticated than anything one individual food processor could build and support on its own.

The disaster preparedness of the Plex Manufacturing Cloud, an industry-recognized Cloud/SaaS ERP system, is one example. Its state-of-the-art data center in Auburn Hills, Michigan, was constructed using the same techniques and materials as a bank vault. It can withstand all types of natural disasters and physical attacks.

There is also a back-up data center located in a different part of the country. It can be up and running quickly and it always contains data that duplicates the data stored in Michigan. As customers make data changes at the primary data center, the changes are streamed to a backup at the secondary data center.

Cloud/SaaS models are truly the next wave of the future. Real-time, anytime data enables food and beverage processors to more efficiently and effectively manage their day-to-day production. It also allows them to expand geographically without losing any visibility into their operations.

Processors who have adopted SaaS are able to conserve capital, become more competitive and better meet customer expectations, all while avoiding the hassles of systems maintenance, and backups.

These are the main reasons Cloud/SaaS systems are quickly becoming the preferred choice for food and beverage processors. 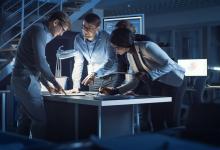