With Plex, Motus keeps tighter control over operations with real-time view of inventory for a true picture of raw materials and finished products. 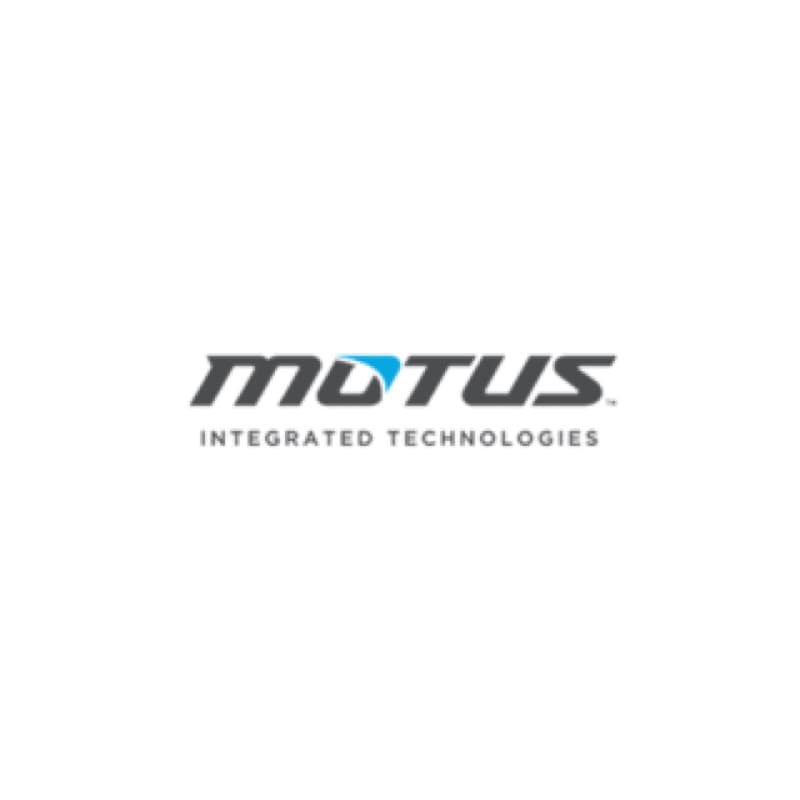 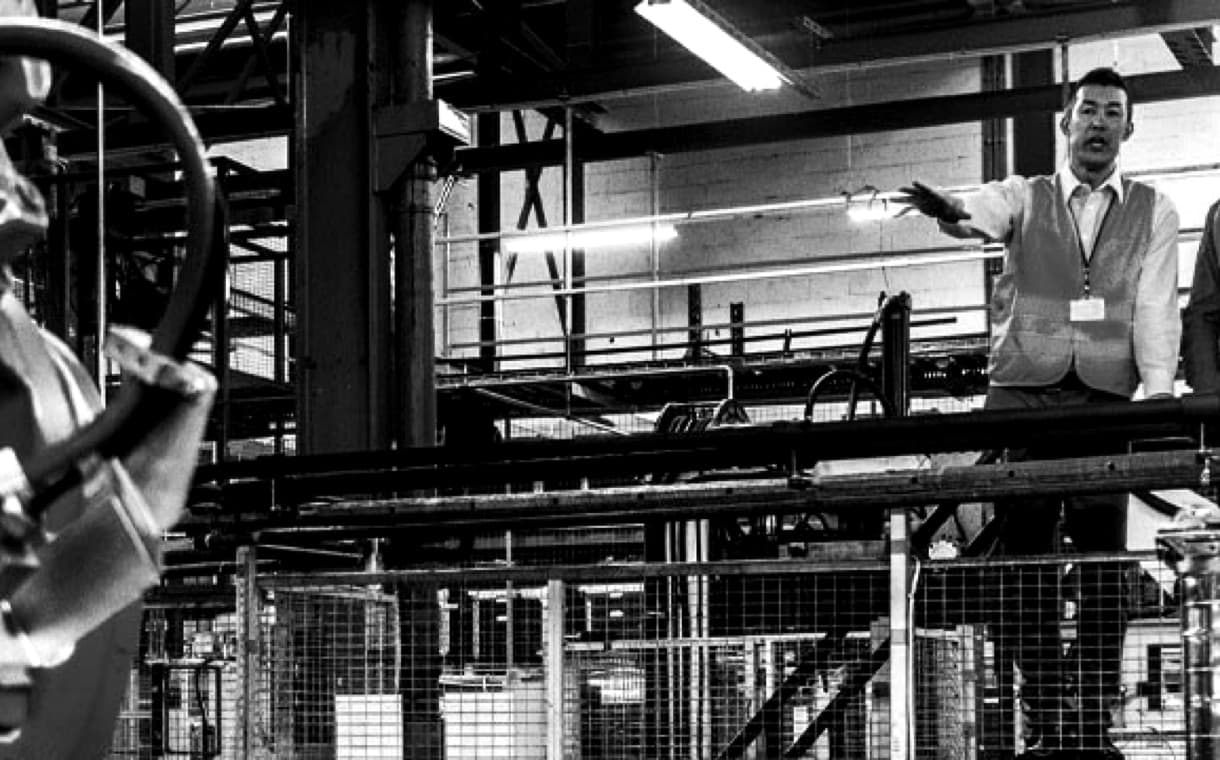 Motus Integrated Technologies excels in the automotive industry by producing stylish, functional products that attract car buyers and bring vehicles to life. You can find its products—which include headliners, trays, panels, and trim—inside the world’s most popular vehicles. The company supports its customers from concept to launch with creative design, product and process innovation, and worldwide manufacturing resources. Motus has earned a reputation for superior product design and performance.

Motus’ roots go back to 1973, yet the company only assumed its current form in 2014 when a private equity firm supported its carve-out from Johnson Controls. Taking on a new corporate identity also meant moving from a QAD MFG/PRO system to a new solution to manage its manufacturing process.

As Motus evaluated potential ERP solutions, the company had several priorities. First, because Motus would have faced penalties for not moving off of Johnson Controls’ system promptly, any potential solution had to go live quickly. Second, the new company didn’t want to be burdened with implementing and maintaining a system in house where they’d have to manage databases. Given these priorities, moving to a cloud solution just made sense—and so Motus chose the Plex Manufacturing Cloud.

Once the vendor was selected, Motus went to work on an implementation plan. In just a four-month period in 2015, Motus moved four of its plants to the Plex Manufacturing Cloud. And when Motus purchased Leon Plastics in 2016, the company quickly moved its three newly acquired plants to Plex. In 2018, Motus divested two plants to another investor.  Today, all five plants, as well as its corporate headquarters, run their business on Plex.

“Working with the Plex Customer Success and Support (CSS) team for our implementations was one of the keys to our success,” recalls Jeff Pomeroy, ERP Program Manager, Motus Integrated Technologies. “Plex CSS had some very strong players who could not only lead our first implementation, but also coach us so that by the time we were integrating Leon Plastics, we were doing most of the work ourselves. I think that’s a testament to the level of service Plex provides and the intuitiveness of their software.”

“Plex CSS had some very strong players who could not only lead our first implementation but also coach us so that by the time we were integrating Leon Plastics, we were doing most of the work ourselves.”

Due to the sheer variety of products that Motus makes, there’s no typical day in its manufacturing plants. Some facilities are more machine-intensive and less reliant on human effort. Others revolve around assembly lines on which 10 or 12 people may be building products by hand. Moving to Plex has enabled Motus to keep tighter control over these complex operations simply by placing a computer in each work center on the shop floor.

“When we launched Plex in our production facilities, it brought with it a foundation of change and visibility,” says Garn Evans, Vice President of IT, Motus Integrated Technologies. “We gained a better understanding and control of our inventory and increased our operational efficiencies. We’ve also reduced human errors, decreased our scrap rates, and increased the quality of our product by identifying production errors earlier in the process.”

In Motus’ previous paper-based processes, manufacturing operators would keep track of production and scrap on paper. Most of this data wasn’t entered into computers until the next shift. As a result, the company’s view of materials and finished goods was perpetually 12 to 16 hours behind. With Plex, this data is available in real time—and several data entry clerks have been reassigned to more valuable tasks within the company. Motus has further increased efficiency by deploying tablets that enable workers to perform inventory cycle counts without walking to the nearest workstation.

“As we make products, we now maintain a real-time view of our inventory right there on the fly,” says Evans. “So we have a true picture of inventory for both raw materials and finished products. Our cycle counts are also much more accurate because people are recording production right when they perform it, rather than leaving it for someone else to punch it in later.”

Motus has gained even more useful real-time information by building its own simple integrations between its manufacturing systems and Plex. These integrations streamline processes such as recording production or printing barcode labels. They also enable technical staff to keep a closer eye on run rates and scrap levels of individual work centers so that the company can take prompt action to minimize waste and keep machines running optimally.

For Motus, Plex has also ushered in an era of technical simplicity. When the company was part of Johnson Controls, it relied on a MFG/PRO ERP system as well as solutions from SAP, Oracle, and Hyperion. Plex enabled Motus to consolidate all of these business activities onto a single platform. And when Motus purchased Leon Plastics, it quickly moved its newly acquired operations from MAPICS and a complex web of homegrown systems to the Plex Manufacturing Cloud.

“Because Plex delivers so much functionality right out of the box, we were able to eliminate a long list of purchased and homegrown systems when we went live,” says Mike Zuiderveen, Senior Manager of IT, Motus Integrated Technologies. “This will empower us to keep growing without burdening our IT staff in the future.”

Quote
“We gained a better understanding and control of our inventory and increased our operational efficiencies. We’ve also reduced human errors, decreased our scrap rates, and increased the quality of our product by identifying production errors earlier in the process.”

Running a manufacturing operation as complex as Motus’ requires tremendous discipline from everyone in the workforce. Plex has helped Motus establish this discipline by giving the company a stable, robust architecture that integrates production processes with business operations and financial reporting.

“We’ve tightened up how we manage inventory throughout our manufacturing processes by replacing email- or paper-based processes with workflow,” explains Zuiderveen. “For example, our shop floor staff now can’t record production unless they’ve sourced raw material to a work center. Plex helps us ensure that people are physically transacting inventory moves in the system, so that we’re no longer relying on human memory and estimates to figure out where everything is located at any given time. And our accounting processes are now much more ‘online,’ rather than relying on spreadsheets that can so easily fall out of alignment.”

Enforcing this kind of discipline is especially important for a company like Motus, which runs plants on three continents to keeps its global customer base satisfied. Plex helps Motus implement consistent business processes worldwide without maintaining a large IT staff.

“You would think it’s easy to implement the same business processes everywhere you work,” says Evans. “But because we operate in different countries, we have to deal with different localization issues, compliance authorities, and security authorities. Plex enables us to manage those issues in one central system that we’ve rolled out globally with minimal involvement from our IT staff.”

Wherever Motus does business, Plex is the system of record that keeps all of the company’s operations integrated.

Evans isn’t the only one who has noticed Motus’ greater efficiency. General Motors has named Motus a Supplier of the Year for two consecutive years. The company’s commitment to excellence and its customers, along with Plex, enables Motus to continue building on that reputation.

“I think one thing about us that really resonates with GM is that we ship high-quality products, the right products, and we ship them on time. It’s no coincidence that we got recognized as a Supplier of the Year after we implemented Plex. Plex is the system that enables us to manage our entire business in real time.”