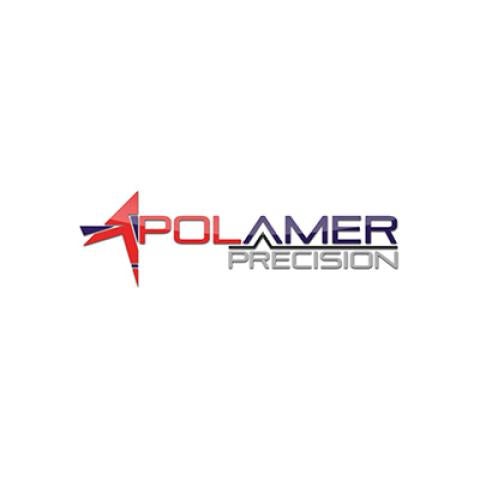 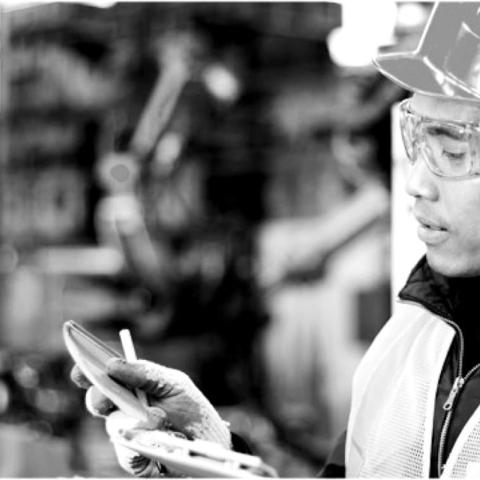 Polamer Precision's approach to aerospace manufacturing is vastly different than other sub-primes in the aerospace industry. By embracing innovation and dedicating itself to new technology, the company has built a track record of surpassing expectations while consistently setting the bar for what can be accomplished in lean manufacturing.

Polamer Precision manufactures complex engine and airframe components for military and commercial aircraft engines. Its clients include several leading aerospace companies. Although Polamer Precision is flying high, the company had its sights on aggressive growth targets.

To compete in the aerospace industry, Polamer Precision must meet customers’ rigorous quality standards and demonstrate regulatory compliance as consistently and cost-effectively as possible. That’s a tall order for any company that relies heavily on paper-based processes, as Polamer Precision did until recently.

“As a relatively small shop with about 50 employees, we need every edge we can get to compete with larger manufacturing companies,” explains Chris Galik, President, Polamer Precision. “The major OEMs we’re trying to land as clients can impose whatever requirements they want, and if we can’t deliver, we’ll lose the account to one of our larger competitors.”

Galik and his colleagues realized they weren’t a large enough operation to justify implementing a major ERP system—but they knew they needed a scalable system that could handle the demands of their operation. So, the company decided to look for a system that would let them roll out a smaller implementation and scale up their usage as they grew. That’s why the cloud made sense.

“We triggered our whole product search a little earlier than most companies would have done,” Galik recalls. “But looking at our projections of five years of rapid growth, we figured it was better to start sooner rather than later. We’re doubling our business about every two years. Why get stuck with on-premise software that we’re just going to outgrow?”

“We were very comfortable with the fact that as a cloud-based solution, Plex lowered the barrier to entry. We could choose the functionality we needed most and pay for only what we were actually using.” - CHRIS GALIK, PRESIDENT

A combination of JobBOSS, QuickBooks, and various other point solutions wasn’t giving Polamer Precision’s decision-makers the cross-functional visibility they needed to optimize their operations. That’s one of the reasons the Plex Manufacturing Cloud immediately appealed to them.

“In our first conversation with Plex’s salespeople, what really caught my ear was the fact that the software isn’t just a series of modules,” says Galik. “Everything is connected to everything else. For example, we really like to connect quality with the rest of our organization, rather than keeping it as a separate function. The Plex folks told me, ‘Product inspection is in the DNA of our software.’ That really convinced me we were on the right track.”

As Polamer Precision ramps up production to support its projected growth, the company will be making traceability a priority. Galik and his team are confident Plex will support these efforts.

“The quantity of parts we’re producing these days is similar to what you would see in the automotive industry,” Galik explains. “Having traceability and tracking, and being able to support the automation and robotics we’re planning on implementing, was a must for any new solution. Plex is built on the whole concept of monitoring production quality.”

As a relatively small organization, Polamer Precision was also highly concerned about the cost of any new system. Being able to scale up usage—and cost—as they went along, rather than invest in hefty licensing fees up front, was important to the company.

“We were very comfortable with the fact that as a cloud-based solution, Plex lowered the barrier to entry,” says Galik. “We could choose the functionality we needed most and pay for only what we were actually using. Over time, as our needs grow, we can easily scale up our implementation.”

“Having traceability and tracking, and being able to support the automation and robotics we’re planning on implementing, was a must for any new solution. Plex is built on the whole concept of monitoring production quality.” - CHRIS GALIK, PRESIDENT

Polamer Precision rolled out Plex companywide and made it the system of record for all departments from day one. Plex now serves as Polamer Precision’s single source of truth for the entire organization, pulling in data from a variety of other systems and serving it up for consumption in various business functions.

“Since rollout, Plex has been the sole source of information for every department across our organization,” says Chris DiNeno, Director of Enterprise Relations, Polamer Precision. “The system is a fresh start for us. If a customer calls up and asks, ‘Where’s my inventory? When’s it going to come in? How many pieces do you have?’ we can go right into Plex and pull up the answers.”

Polamer Precision uses Plex to collect and analyze data from all processes in real time, and to generate statistics and feedback that help decision-makers streamline and optimize business processes. The company has even set up digital displays that show data on everything from machine operator efficiency to the amount of energy produced by the company’s solar panels. Meanwhile, the Plex system analyzes data from all stages of manufacturing and dictates the best processes and tools for each job, maximizing uptime and increasing productivity.

Being able to crunch the numbers from all corners of the business has led to better planning for workflow tasks, scheduling, production, and even headcount. As a result, Polamer Precision’s cost of doing business is actually decreasing as the company grows.

“Since going live on Plex, we’ve been able to sustain up to 100 percent growth year over year while driving down costs,” reports DiNeno. “The information we’ve gathered has enabled us to optimize our workforce in ways that keep our revenue per employee at about $250,000. Our goal is $300,000, and we’re confident we’ll get there.”

Quote
“When our customers come in and see the level of traceability we’ve established with Plex, they’re blown away. Many of them say they wish they had that kind of tracking in their own production.”

As Polamer Precision goes side-by-side with larger rivals, the company is making long-term customer relationships a top priority. Thanks to Plex, employees and clients alike can now log in any time to check manufacturing statuses and delivery dates for their parts. They can also submit technical data and check account balances in seconds.

But Plex enables Polamer Precision to do much more than simply keep customers in the loop. The company has become a trusted partner to many of its customers based on its ability to predict and proactively address potential supply problems.

Polamer Precision’s aerospace customers run complex manufacturing operations that rely on Polamer’s parts for successful completion. An unavailable part could delay the building of an engine—and jeopardize Polamer’s relationship with the customer. Polamer now uses Plex to analyze customer data and generate reports that show the customer the impact of these problems.

“Our customers need to know that we truly understand how mission-critical their processes are, and that we’re fully committed to supporting them,” says Galik. “With Plex, we can be proactive rather than reactive, generating reports that provide full information on how we plan to deliver on their needs. These reports save our clients a great deal of manual effort, but more importantly, they build trust.”

Polamer Precision further builds trust by using Plex to maintain end-to-end traceability for all of its parts. With Plex, the company can easily provide complete data on any component, reassuring customers about the quality of the products they’re buying.

“When our customers come in and see the level of traceability we’ve established with Plex, they’re blown away,” says Galik. “Many of them say they wish they had that kind of tracking in their own production. To be able to present ourselves as an organization that’s so focused on product quality is invaluable—and it wouldn’t be possible without a solution that’s as integrated as Plex.”A combination of JobBOSS, QuickBooks, and various other point solutions wasn’t giving Polamer Precision’s decision-makers the cross-functional visibility they needed to optimize their operations. That’s one of the reasons the Plex Manufacturing Cloud immediately appealed to them.