Hausbeck leverages the Plex Manufacturing Cloud for comprehensive traceability from receipt of raw materials through production.

See why Tim Hausbeck trusts his family name and business in the Plex Manufacturing Cloud. 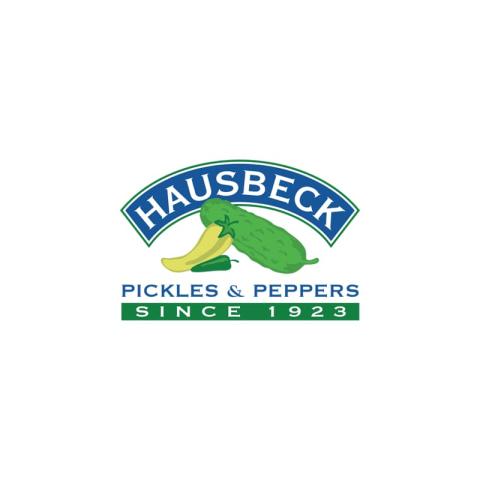 Founded in 1923 by Charles E. Hausbeck, Hausbeck Pickle Company produces pickles and peppers for fast food restaurants, such as Subway, Burger King, Sonic, Domino’s Pizza and Papa John’s, Pizza Hut, Taco Bell, and KFC. The factory produces an average of 400,000 pounds of pickles or peppers a day, which comes to about 10 billion pickle slices, 20 million pounds of banana peppers, and 13 million pounds of jalapeños annually. This family-owned company is headquartered in Saginaw, Michigan and has 80 employees plus 100 seasonal employees.

In 2014, the CFO of Hausbeck Pickle Company realized that the data she was working with in the accounting system wasn’t adding up. She was unable to track the cost of inventory from receipt of inventory to finished product. Inventory would end up missing and she couldn’t figure out why. What made it even more complicated was the company’s inventory costing model changes from one season to the next.

“We had QuickBooks for our accounting system, and another system for inventory (finished goods only) with no costing,” said Virginia Palinsky, CFO. “Each department had spreadsheets but nothing was consistent and things did not match.”

The other challenge the company faced was tracking and tracing ingredients through production. Multiple spreadsheets and paper-based processes were cumbersome and time-consuming.

“We needed a way to report consistently. At the same time, we also needed a system that would help us with traceability on the inventory. We have to show that capability during audits and doing it on paper was unacceptable,” Palinsky added.

A Cloud Solution Solves the Challenge of Limited Resources

That’s when she realized the company needed a consolidated ERP system that would allow Hausbeck to gather and report on critical data. But like most midsized manufacturing companies, Hausbeck did not have an IT department or anyone who was familiar with the process of selecting and implementing an ERP system.

“My fear was that we just didn’t have a team that could pull this off or get us going in the right direction,” said Tim Hausbeck, President and CEO.

The team needed someone with more expertise to find the right solution so they hired Russ Edwards as ERP Manager and Cost Accountant. His first goal was to review the top contenders, determine which would be best for Hausbeck, and build a team to implement it.

Right away, Edwards knew the final solution had to be based in the cloud because Hausbeck did not have the resources nor the budget to build up an infrastructure to support it.

“We needed to do this right. We went through two iterations on a system that would help us with inventory—and they were expensive—so we didn’t want to go down that road again and not be happy with it in two years. Plex kept rising to the top because it is 100 percent cloud-based and it fit our needs as a food and beverage manufacturer,” said Hausbeck.

After evaluating Plex, the Hausbeck team was impressed with the system’s ability to provide comprehensive traceability from receipt of raw materials through production so the decision was made to move ahead with the Plex Manufacturing Cloud.

Palinsky explained that Hausbeck was at an advantage because the company wasn’t moving from one ERP system to another, and they had a very dedicated team from the top down. She says this was key to their success.

“I think the implementation went very well, in my opinion. Doing an ERP implementation is not an easy task, and it takes commitment. Our management teams were part of the process. They made it priority, and they wanted to get it done—which is critical for the success of this type of endeavor,” said Palinsky. “And we couldn’t have done it without a Plex lead person to walk us through, step-by-step, and the project plan was very efficient for us.”

After go-live, the team was surprised how easy it was for employees who were technology-challenged to use Plex. Warehouse employees who were not computer savvy could easily look up inventory within the system and find what they were looking for via the inventory module.

Capturing Production as It Happens

An immediate benefit the Hausbeck team noticed was how Plex records production. Prior to Plex, production often was recorded two or three days after it had occurred. Then the information had to be put into a spreadsheet and imported into QuickBooks.

“It really makes a difference on inventory traceability and accuracy to record production immediately as it occurs for visibility into production,” said Edwards.

For Hausbeck, this is key since production includes a complex fermentation process. A lot happens with how the pickles ferment that can affect yields. If 50,000 pounds of fresh cucumbers are put into a brine tank, that same amount doesn’t come out because the pickles shrink during fermentation. To get an accurate read on the total yield, the company must measure shrink—and this was all done on spreadsheets prior to Plex—so balancing inventory was challenging.

“We’re trying to get the right ratio of fermentation and shrink. Any improvements to ratios can only be done once a year. And whether or not what we did had any effect on that ratio is a lot harder to know without having a system like Plex,” said Hausbeck.

Since inventory is Hausbeck’s largest asset, the ability to track it from receipt through production to customer shipment is critical.

Before implementing Plex, the warehouse kept track of material requirements planning (MRP) by having one person physically count materials and report it to somebody else. That person would contact the supplier to see if Hausbeck could purchase more.

“There would be a lot of going back and forth between multiple people and we would end up questioning how accurate the final counts were. In Plex, MRP tells you what’s in inventory. It tells you what we need, when we need it, and how to order it,” said Edwards.

For the company’s CEO, the ability to dig into data about scrap is another key improvement on inventory management.

“Now that we have reason codes for everything the next step is to determine what we’re going to do about scrap. How can we make it better? What’s normal? What’s not normal? That’s where we can develop better KPIs to help us see if we’re trending in the right direction,” said Hausbeck.

Most, if not all, documentation was done manually on paper before Hausbeck went live on Plex. When the company had to respond to audits, gathering historical data from multiple products or multiple days was extremely time-consuming and cumbersome. Unfortunately, this led to failing one mock recall.

With Plex, Hausbeck can now pull up traceability information with the click of a mouse. This came in handy recently when performing a mock recall during a customer audit. Using the production date, the team was able to track forward and backward within minutes the ingredient identified by the auditor.

Hausbeck also relies on Plex to continuously improve the quality of its pickles.

“Different seeds affect the quality of a pickle, so it was important for us to be able to track it all the way to the seed,” said Palinsky. “And it brought up new questions for us in how we want to improve quality.”

Most important is the ability to demonstrate Hausbeck’s compliance with customer specifications. One of the company’s biggest customers, Subway, rates suppliers based on scorecards—and providing comprehensive traceability is a major requirement.

“If we’re able to provide the information our customers are asking for, we can show that we can be a strategic business partner,” said Palinsky. “We were one of Subway’s first suppliers to provide digital reporting, and that’s because we had Plex.”

Getting Deeper Insights About the Business

Edwards admits that Hausbeck is just scratching the surface when it comes to data within Plex.

“The data is there and we’re not using it yet. But that will happen going forward and we’re excited about what that means for our business.”

For Palinsky, she’s already getting what she needs to elevate her job.

“Plex saves me time because I’m not doing lower level accounting work anymore. I can get to the higher level analytical work that needs to be done.”