Last week I attended the Consumer Electronic Show (CES) in Vegas, marking the fourth time in six years that a member of R&D has attended the high-tech event. While CES is primarily a consumer-oriented show, the technologies cutting their teeth in the consumer market often end up in the enterprise, or on the shop floor, so CES is critical to our forward-thinking plans and initiatives at Plex.

COVID has had a significant negative impact on CES participation for the last two years. Regardless, it was still a huge show – according to my FitBit, I walked about 13 miles each day! But I only have room in this blog for a summary, so I will try to focus on observations that would be of interest to our manufacturing customers.

Past CES exhibits have given the impression that Electric Vehicles (EVs) were important to our future and will eventually have a significant presence. That all changed this year. EVs and the burgeoning EV ecosystem dominated the show. There wasn’t a single automotive, scooter, or even bicycle exhibit where battery power wasn’t a theme. And of course, this requires a manufacturing ecosystem to support it. From mobile charging products to a solution that allows you to plug your EV into a standard 240-volt dryer outlet, it was all there. The momentum is clearly in favor of zero-emission vehicles, and I had no idea until last week how many EV-producing companies are coming out of the woodwork. Manufacturers whose livelihood depends on the internal combustion engine should be paying attention. 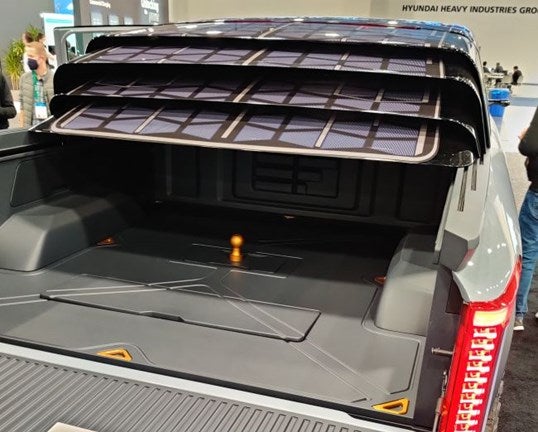 While I could give dozens of examples, one of the highlights was Mary Barra’s keynote. The General Motors CEO unveiled the new all-electric Chevy Silverado. This beast of a machine is impressive – 660 horsepower, 0-60 in four seconds, and a 400-mile range on a single charge. Barra also relayed some impressive goals for GM, such as 30 EVs models by 2025 (that’s only three years away!), and 50% of production focused on EVs by 2030. 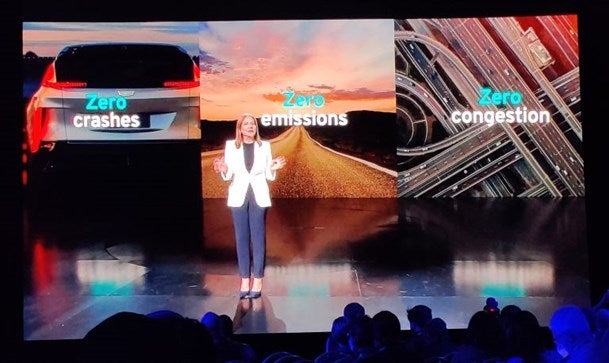 Speaking of GM, what was even more impressive is the significant shift in GM’s business model. Content no longer to be just an “automotive manufacturing company,” they are re-inventing themselves as a platform company, providing both a hardware and software platform to propel their growth into the EV market.

From the hardware perspective, it means numerous EVs will have a common base with different form-factors built on top. This allows GM to concentrate on the differentiators of the actual model, instead of having to re-build the electric chassis for each vehicle.

Similarly, on the software side, GM is removing the software embedded in control modules distributed around the car and moving it to a central “brain” (based on Linux, for you propellor heads out there). Separating the software from the hardware allows GM to deliver services and features on the fly, including new functionality not available when the vehicle was purchased. Think of it as an operating system for your car.

Give us more green, baby!

And I’m not talking money. I’m talking ESG (Environmental, Social, Governance). The next generations have spoken – how well your company contributes to reducing social woes and environmental impact is now a major contributing factor in buying decisions. (By the way, this next generation has also spoken in that they want to work for companies where sustainability is a priority as well). Traditionally, CES showcased companies with products designed specifically to improve the environment, such as the RainStick shower, which reduces water usage and energy by 80%.

But this year the responsibility theme was prevalent across the entire exhibitor base, regardless of industry or business model. For instance, electronics maker Sony established two major funds in 2020 to combat social injustices and support those negatively impacted by the global pandemic, contributing $100m to each fund.

While not quite ready for prime-time, improved robotics, sensors, and artificial intelligence will bring the future here before you know it.

Ameca was a big hit. Even though she can’t walk, her lifelike facial expressions, conversation, and natural movement ability was amazing, if not downright creepy. Check her out here:

Imagine Ameca as a concierge in a hotel, a 24-hour help “person” in an airport, or assisting new operators on the shop floor.

Hyundai’s booth was also heavily trafficked, thanks to live demos of their humanoid and dog-like robots. You may have already seen YouTube videos of the dog robot Spot, built by Boston Dynamics, which was acquired by Hyundai last year. I can imagine these robots not just replacing humans in a multitude of dirty and dangerous applications on the factory floor, but also working alongside humans to improve the manufacturing process and mitigate some of the labor shortage issues. 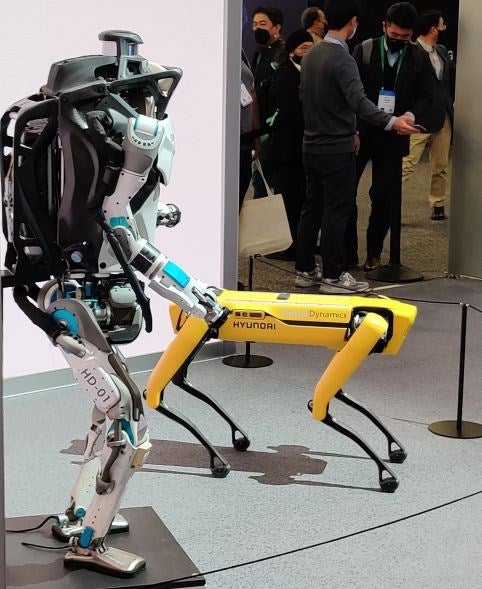 Do You Wear What I Wear?

In some respects, despite its name, CES is moving away from a consumer, hands-on event, to a B2B supplier-oriented showcase. This is especially true in the automotive hall, where it is starting to remind me of the North American Auto Show in Detroit. The upshot of this trend is there are fewer gadgets for us to actually play with, causing us to focus more on impressions and trends. That said, there still were a few gadgets that I played with that might prove to be useful.

The main one was a wearable called the Navigator 500, by RealWear. A couple years ago, we modified our mobile application to run hands-free using voice navigation in RealWear’s older model, the HMT-1, but it didn’t catch on with our customers. I played with the new Navigator 500 and was suitably impressed. It improves on the previous iteration in every regard; some of the more tangible features are the improved camera, noise cancellation, and swappable batteries that last an entire shift (previous battery life of 3-4 hours significantly hampered adoption on the shop floor).

And last, but not least, I would be remiss to not mention some of the more eye-opening products and trends.

I saw about a dozen companies with huge booths of massage chairs for attendees to try out (and try them they did!). And in case you didn’t know this, we have our own two massage chairs on floor 15 in the Troy Tower. That might be a reason to venture back into the office, or maybe they make it into self-driving cars. If you're being driven around, why not ride in total comfort!

Yup, you read that right. Since there has been a significant backlash against human facial recognition, there are now dozens of companies trying to find a new business model with their tech. Apparently, dogs don’t care about privacy. 😉 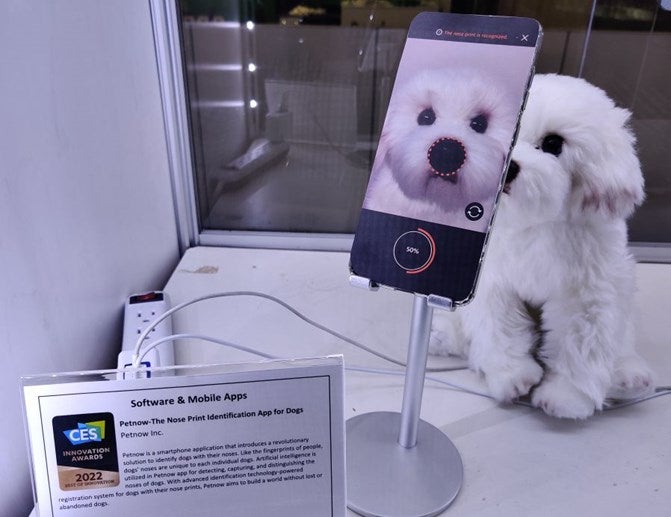 EV car maker Indi has crypto blockchain built-in, and it will automatically mine the blockchain while charging.

Over-Hyped Word of the Conference.

Meta. Dozens of companies are trying to build entry points into the newly minted metaverse, where entire groups of people can work, shop, and play virtually. Think Ready Player One for an extreme look at where this is headed. Ironically, the Industry 4.0 technology of digital twins is a form of a metaverse. 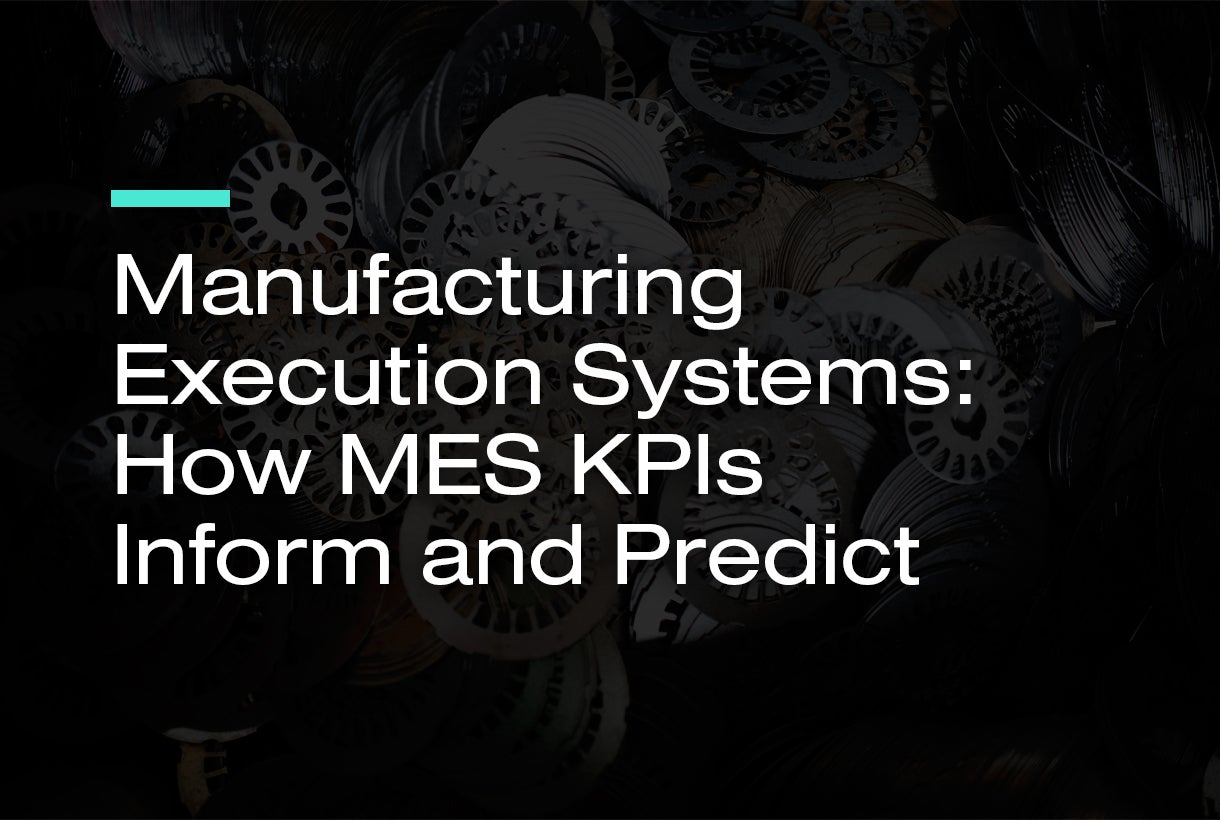 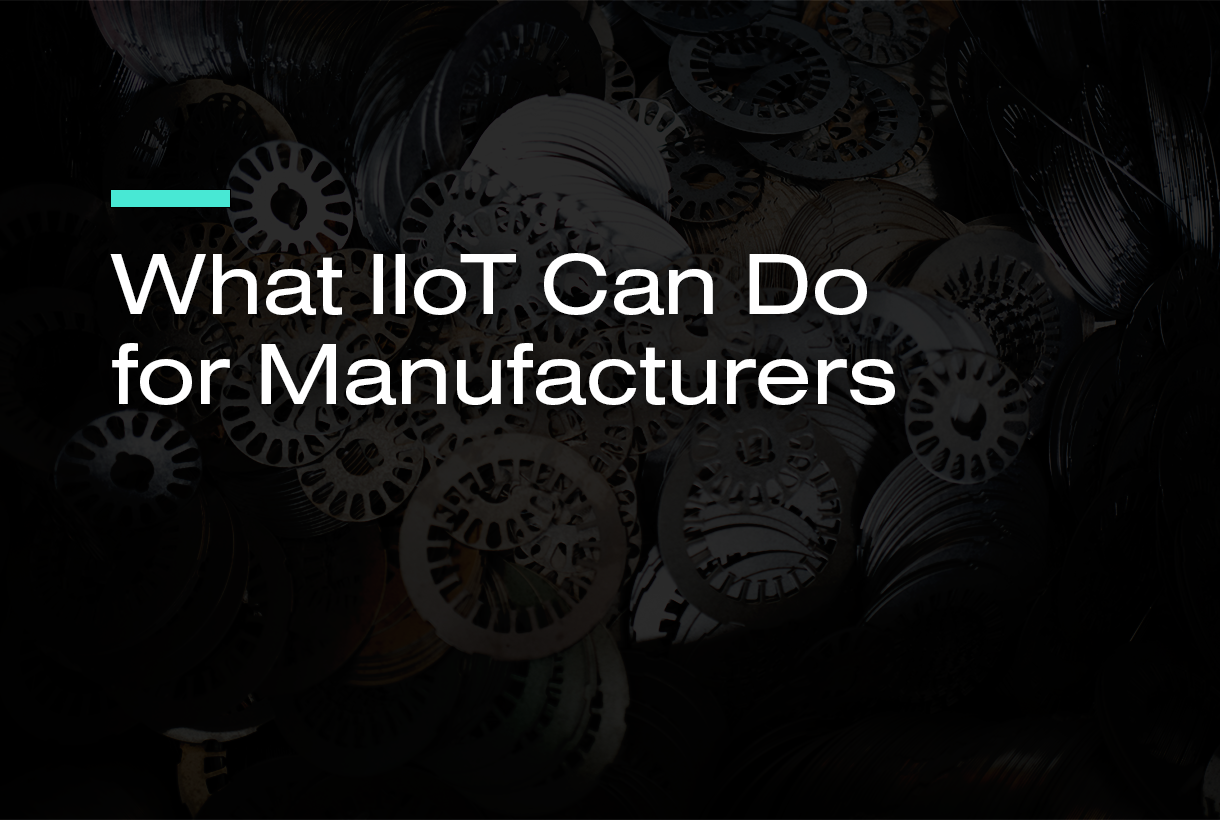 What IIoT Can Do for Manufacturers