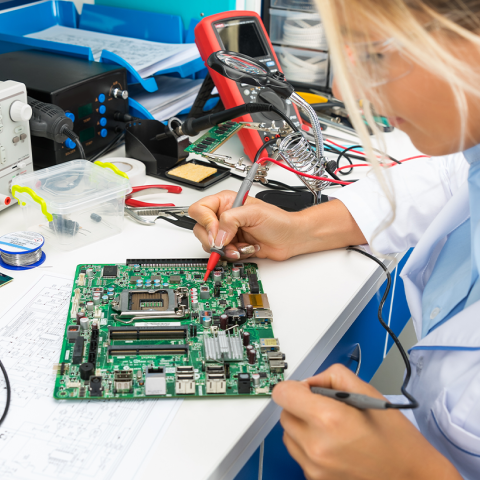 Growing is one thing. Reshoring is another thing entirely. Many manufacturers in the Americas that lost business to other regions of the world during the global recession have since won back some of that very same business. And the trend is generating excitement across the manufacturing sector.

Doubled its revenue within a year of launching Plex
Reshored contracts equating to a 300 percent growth
Customers name Firstronic a preferred supplier based on speedy time-to-market, streamlined processes, and transparency

Most successful reshorers will point to differentiators like technology, quality, reliability and collaborative supply-chain relationships as significant factors in regaining customers.

Firstronic LLC, a leading EMS company, is an example, a self-professed “poster child” for how manufacturers can reverse offshoring trends. The company points to the Plex Smart Manufacturing Platform as a key part of its competitive strategy.

Within just one year of launching Plex, Firstronic doubled its revenue and reshored contracts that equate to a 300 percent growth in business. Most importantly, a doubling of inventory turns will allow the manufacturer to maximize its cash flow while increasing its profitability.

Providing High-Quality Service with the Cloud

Firstronic’s goals include optimizing time-to-market, providing premium quality workmanship and minimizing costs. Its vision for the future is to achieve controlled growth while maintaining service and quality levels comparable with tier ones.

Recognizing that its ability to provide high-quality service at a competitive cost was going to drive a record number of new project launches over the coming year, the company re-evaluated its infrastructure and information system capabilities. Management realized that in order to manage expected growth, it would need to enhance its proprietary program management automation and MRP tools with a more robust, integrated ERP system.

Firstronic searched for cloud ERP solutions, realizing that only cloud models could provide the scalability the company needed without burdening internal IT resources.

Company leaders narrowed their choices down to Plex, Epicor and SAP—which they viewed as the best cloud ERP solution providers. After viewing demos of the solutions and talking with current users of all three, they selected Plex.

With a large number of production start-ups scheduled for that year, Firstronic set an aggressive launch deadline of four months. According to materials manager and launch leader David Alexander, the implementation went even smoother than expected.

“We were ready with back-up processes on the day of ‘go-live,’ but the cutover was so smooth we hardly needed them,” he explained. “We pretty much just stopped the unnecessary functions in the old system and started the new one with no delays or duplication of effort.”

Alexander noted the reasons why Firstronic selected ERP from the Plex Smart Manufacturing Platform over its larger competitors.

“I have implemented several ERP solutions before, so I knew what to look for in terms of ease of implementation, user interfaces, flexibility, and overall functionality,” he said, “and Plex best met these requirements. For example, the solution easily manages the complex BOMs associated with PCB assemblies.”

Plex’s sophisticated BOM capabilities allow Firstronic to smoothly manage each product line with its hundreds of part numbers and hundreds more sub-part numbers. The solution is robust enough to provide Kanban releases, something the previous ERP could not do.

The Plex Smart Manufacturing Platform also supports the complexity of setups for automated PCB assemblies. It easily tracks the many parts that go into each PCB, and its checksheets and control plans ensure correct setup of Firstronic’s hundreds of part reels, each containing up to 10,000 parts. All critical requirements are built into the checklists that employees must complete before any assembly job is run. Plex randomizes the details on the checksheets, ensuring they are carefully reviewed for each job. If the associated checksheet isn’t completed for each operation, production stops and the checksheet refers the worker back to the appropriate FMEA. This prevents any quality issues or production delays.

“The FMEAs and control plans enabled by Plex represent functionality I’ve never seen another ERP solution provide,” said President and COO Rick Herndon. “It is simple for us to present these documents as required by auditors and customers, and everyone is consistently pleased with their robustness.”

Collaborating with Suppliers and Reshoring Business

For example, new engineering change requests (ECRs) come in rapidly, and Plex allows the company to react quickly despite the huge volume. Firstronic is able to handle EDI releasing to suppliers right off the shop floor. Also, suppliers and customers can use Plex’s web-based portals to monitor plans and operations in real time, reducing the need for tedious phone calls and emails.

Since launching the Plex Smart Manufacturing Platform, Firstronic has smoothly ramped pre-production and is migrating to volume production with six new customers — all of which either selected Firstronic over competitors from regions outside America, or returned to America business that they’d previously off-shored.

The new contracts translate into hundreds of thousands of units per product line. Once the new programs fully ramp up, Firstronic will have grown its business by more than 300 percent.

“Our reshoring strategy is simple,” explained CEO John Sammut. “We focus on what we can offer that nobody else can. We know we can’t compete on labor costs, so we don’t try.”

Its new ERP was even part of the sales pitch that Firstronic used to win over its customers. As soon as it launched the Plex Smart Manufacturing Platform, the company began showing the ERP solution to potential customers, many of whom were in the process of launching Plex themselves.

The Plex Smart Manufacturing Platform has helped Firstronic establish itself as a trustworthy, flexible, and reliable supplier across its expanding customer base.

For example, the company exceeded the time-to-market requirements of its first new customer. It began production in less than four months, while the customer’s other largest supplier took six months.

According to Herndon, Firstronic was able to pull another customer out of hot water when that customer was forced to dramatically compress time-to-market requirements. Firstronic launched the customer’s new product within eight weeks when nobody else could meet the aggressive turnaround.

“Because we perform so well, we’ve achieved ‘preferred supplier’ status on the new business we’ve launched since Plex,” said Herndon. “In an environment built on tight customer relationships, this is huge.”

Plex ERP allows Firstronic to track and monitor performance, so it is able to manage its 300 percent growth without adding resources.

For example, even though the number of components and part numbers that need to be sourced jumps exponentially with its new contracts, Firstronic does not plan to add to its purchasing staff of three.

“There are only a few tricks to translating increased business into increased profitability,” explained Sammut, “and two main ones are maintaining resources and increasing inventory turns.”

“With Plex, we don’t need to add resources and, when we are fully operational on all new business, we will have doubled our inventory turns.”

“Plex is the perfect solution for us and companies like us,” said Sammut. “It offers the functionality of the ‘big guys,’ but doesn’t bog us down like they would. Instead, it offers the flexibility and scalability needed for mid-sized manufacturers that are growing quickly.”

Sammut pointed out that while most electronics manufacturers rely on advanced technology for their automation equipment and assembly processes, they aren’t as ‘high-tech’ when it comes to their systems and infrastructure.

“We’re changing that here at Firstronic,” he concluded. “We’ve become the benchmark for the growth and reshoring that can be accomplished by the emerging mid-tier EMS.” 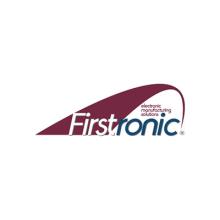