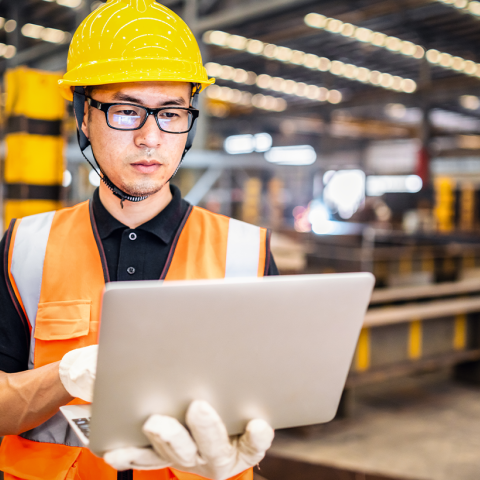 Vulcan, Inc.’s many years of continuous growth left the company with an all-too-common problem: lack of visibility. Plant floor workers couldn’t get accurate, up-to-date information about inventory. Management and finance teams scrambled to account for transactions weeks after they had occurred. One culprit was the company’s aging, heavily customized ERP platform—which is why Vulcan, Inc. made the move to the cloud with Plex.

Streamlined tax filing from a nearly full-time job to 15 minutes per month.
Reassigned employees from administration to more valuable tasks.
Increased accountability for all financial transactions.
Empowered everyone with data to identify areas for continuous improvement.

With Plex, plant workers have data at their fingertips, so they can see that what we’re doing makes sense, and they can provide their input on how to do it better. Teams are actually pulling up Plex during meetings to make sure everyone understands our best practices and is focused on continuous improvement.

For more than 80 years, Vulcan has continuously expanded its customer base, its headcount, and its manufacturing facilities. But as Vulcan’s activity grew, the company found it increasingly difficult to manage its finances—in large part because its system of record was a highly customized 20-year-old ERP platform that was cumbersome to maintain and upgrade.

“Our primary stressor was that we were inefficient,” recalls Will Rice, Chief Financial Officer, Vulcan, Inc. “We were shuffling paper and using a lot of spreadsheets. There was also a lack of transparency in our accounting. Managers would approve transactions, and then at the end of the month our finance team would have to go back and figure out how to account for everything.”

These challenges extended to the plant floor. Vulcan also lacked tight control over its manufacturing processes.

“Our counts were inaccurate, and our inventory was constantly moving around without our knowing about it,” says Rice. “As a result, we didn’t really know where we were making the most profits and where we might have been losing money. It was time to upgrade to a solution that would give us the visibility to continue our growth in a more profitable way.”

Cloud-Based Platform Checks All the Boxes

Vulcan began its product search with one overarching goal: get to the cloud. To that end, the company watched numerous YouTube videos on leading solutions. That’s when Plex began to stand out.

“The cloud was paramount in our decision, but we had a long list of functionality requirements too,” says Perry Judd, Chief Information Officer, Vulcan. “We came across a video that featured a Control+M consultant talking about a Plex implementation and we decided to get in touch with them.”

During conversations with Control+M, Vulcan learned that Plex would meet all its requirements. The company soon chose Plex and began planning its implementation.

“Our Control+M consultants were outstanding,” says Rice. “They had a specialist in just about every category and they know Plex inside and out. They guided us through the implementation process, and I know we wouldn’t be where we are today without them.”

“One of the reasons Vulcan was so successful is that they followed the work plan that we gave them,” commented Patricia Nowak, Owner at Control+M Solutions. “They did their homework that we assigned them. They did the testing that we assigned them. They also placed a high focus on organizational change management. Vulcan has a dedication to project management and completion that made our job a lot easier, and a very cohesive management group and a strong leadership group.”

“I think those things all came together to help us be successful in helping them achieve success with this project,” Nowak added. “The organizational change management side of things was really easy. Vulcan really embraced it and I think even had a little fun with it!”

Vulcan’s transition to Plex could be summed up in one word: visibility. Before, the company couldn’t even see how many business challenges it faced. With Plex, Vulcan has shined a spotlight on its areas for improvement.

“When we moved to Plex, it was like we had turned over a rock and all kinds of monsters were crawling out,” says Rice. “Now that we know what’s there, we’re in a much better place to make improvements. We have much more confidence in our decisions, and we can better understand our parts, our costs, and our profitability.”

This greater visibility supports the “One Vulcan” initiative through which the company hopes to eliminate divisions between its five operating plants. Since going live on Plex, Vulcan has begun seeing the fruits of this cultural change.

“Each of our operating plants has traditionally had its own habits and looked out for its own good,” Rice explains. “In the One Vulcan initiative, we’re striving to do what’s best for the whole company. Plex has made it much easier to get everyone on board. It’s no longer possible to hide in your facility and then report results at the end of the quarter. Everyone is accountable to the bottom line.”

Deploying one cloud platform throughout the company has enabled Vulcan to track inventory across plants. The company now experiences far fewer unpleasant surprises.

“In our old ERP, inventory was all thrown together in a confusing manner and there was a lot going on behind the scenes that we didn’t know about,” Rice explains. “With Plex, we have accountability for everything that moves through our facilities. We can run reports to see exactly how quickly we’re getting products out. All of this information is available in real time.”

For Vulcan, efficiency abounds on the Plex platform. Before Plex, when a part went missing, a clerk had to walk around campus looking for it. Today, Vulcan can log on to Plex to run a field audit that reveals the exact location of any part in the system.

"We’ve become so much more efficient on Plex that we’ve been able to move people to different jobs,” reports Rice. “The extra administrative tasks our old system used to require are gone now, and everything we do is much faster. Our staff can now focus more time and energy on activities that generate profits for Vulcan.”

“One of the things I’m most proud of with this implementation is the actual design of it,” noted Nowak, Control+M Solutions. “We were able to come up with a design that allows them to transfer material between facilities without having to execute extra non-value-added paperwork.”

Vulcan employees are also more engaged in what they’re doing. Plant floor employees are finding that they have a greater voice in how to move the company forward.

“In our old system, we struggled to make decisions because we were never sure what the problems were,” recalls Rice. “With Plex, plant workers have data at their fingertips, so they can see that what we’re doing makes sense, and they can provide their input on how to do it better. Teams are actually pulling up Plex during meetings to make sure everyone understands our best practices and is focused on continuous improvement.”

“Vulcan’s disciplined approach to this implementation showed every step of the way,” noted Kevin Poppe, Business Process Engineer at Control+M Solutions. “As a company who measures themselves regularly, they aligned their Plex implementation goals with the rest of the goals of the company. They frequently communicated the importance of the project, stressed the importance of testing and training, and they made it clear to every person at Vulcan that they were going to succeed.”

Vulcan has also taken a major step forward in tax calculation. The company’s previous ERP system included sales tax functionality, but it was poorly integrated. Vulcan had to pull tax rates from a third-party platform and update them manually in the system, then log on to various websites to file more than 30 returns.

Working with Plex partner Avalara, Vulcan moved to an automated sales tax calculation and returns filing process. As a result, the company has reassigned one employee to more valuable tasks.

“I believe we were the first company to use the new, updated version of the Avalara connector in Plex, so we had a lot of help from Control+M to make the integration as seamless as possible,” says Dean Long, Controller, Vulcan. “A sales tax process that required almost a fully dedicated person now takes maybe 15 minutes per month to manage--and yet we trust our data more than ever.”

“We’re also more confident about our ability to face a sales tax audit,” adds Rice. “Avalara forces accountability into our sales tax processes. Between the automation and consistency we’re getting from Avalara and the efficiency and visibility we’ve found on Plex, we are poised to keep Vulcan growing throughout the twenty-first century.”

Vulcan began as a small sign manufacturer in Birmingham, Alabama in 1935 and has continued growing ever since. The company established its first production facility in Foley, Alabama in 1968. In 1975, Vulcan became the first Alabama Corporation to implement an employee stock ownership plan (ESOP), giving ownership of the company to its employees. 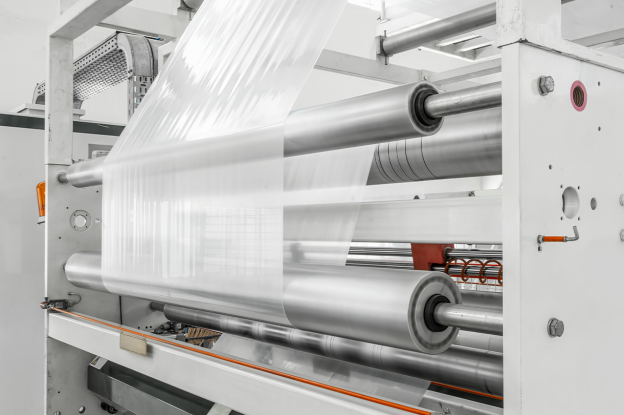 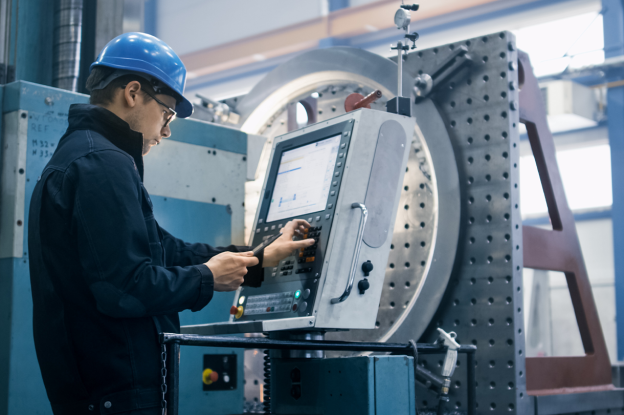 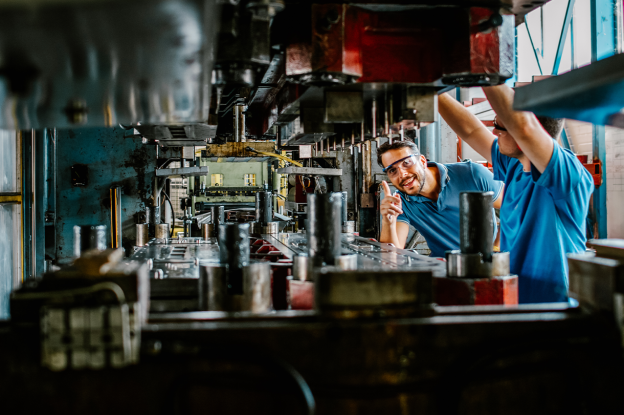