G&W Products Boosts Profitability and Reduces Inventory by 25% with Plex.

‘Do What It Takes’ Culture Soars with Plex 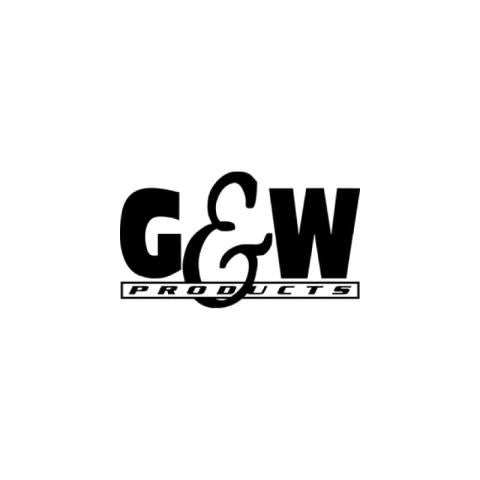 “All employees use Plex, whether it's the shop floor, office, or sales on the road. There's not a single person in our company who does not use Plex.”

G&W’s CEO wanted to do things differently. He asked a consultant to do the research then formed a small team of employees to select more than a dozen ERP solutions. This small team would whittle the list down while more employees were added to evaluate those solutions after each round.

Once the final three were narrowed, they conducted a blind survey of all three asking which was the better solution—and they arrived at the Plex Manufacturing Cloud. Throughout this process (about nine months long), the CEO achieved endorsement across the company.

“Getting buy-in is the first step in really being successful at implementing an ERP system. If Gary had come to us initially and said, here's what we're going to buy and here's what we’re going to use, things may not have turned out as well as they did,” said Jeff Karan, Director of IT.

With Plex, every material that comes in is traceable back to either the mill or to the manufacturer, if it is a purchased item, G&W can trace it all the way back to the actual packing slip. Everything purchased requires a certificate of conformance. This paid off big time for G&W six months after implementing Plex.

“With Plex, we went from having 3,500 sheets of metal on an Excel spreadsheet to only having two weeks in raw materials—essentially cutting our inventory by 25%,” Seymour said.

Quote
“With Plex, we went from having 3,500 sheets of metal on an Excel spreadsheet to only having two weeks in raw materials—essentially cutting our inventory by 25%.”

Ty Ruckh, Scheduling Supervisor added, “With Plex, you know when you're trying to build something you can create the control plan, set up your inspection point, and it's captured right there, in the moment and it's there forever. And if you ever need to see any kind of validation or verification, it doesn't get any better than having quality engrained in the system.”

“With regard to returns or problems, the discussion was always vague. It was difficult to find root causes and do good corrective actions. We can now put instructions, quality check sheets and hard stops into the Plex system in the way of pictures, videos and writing to ensure that everything is being done exactly to specifications,” Karan added.

Audits are part of doing business for G&W and they used to take a toll on company resources. Employees would chase down information pulling together paper documents, and the process would take days.

“Now we can sit in a room and pull up whatever auditors ask for within seconds. They're blown away. They walk out of here, smiling and completely impressed with our ability,” Karan said.

“That makes us very proud. Whether it’s weld audits or ISO audits or just flat out customer audits, it's really not an issue for us,” said Karan.

“A lot of manufacturers our size, believe a system like Plex is just for big businesses because they think they won’t have enough employees to support it, but it’s just the opposite. We hired zero employees when we implemented Plex,” Karan said.

Karan continued, “They feel the need to keep everything on-site. They must control it, they have to know that it's there and that nobody else has access to it. But, Plex gives you the ability to access the items that you need from anywhere in the world. Unfortunately, this kind of forward thinking hasn't hit a lot of smaller manufacturers.”

“Plex gives you the ability to access the items that you need from anywhere in the world. Unfortunately, this kind of forward thinking hasn't hit a lot of smaller manufacturers. You hear them talk about having to run into the facility and calling a certain person to take care of a situation, and we don't work like that anymore. It’s a lot easier to balance life with Plex. I can be at my daughter’s swim meet and make decisions, make changes, and not miss a beat.”

Another way the company is an industry leader is their ability to proactively solve operational problems by utilizing Plex. This has allowed G&W to plot where and how it grows as a company.

“Now we are addressing issues that go right to our bottom line because we have valuable details that we never had before. We can click a button and it's right in front of us. Once we focused on real information, we started managing the stuff that matters,” Karan concluded.