Over the weekend, China announced it would be reopening its tourist attractions.

It’s an encouraging turnaround for the country, which has experienced more than 80,000 confirmed cases since the virus broke around Chinese New Year. As the first country to experience the devastation of the novel coronavirus (COVID-19), China is also serving as a model for recovery. We’re also seeing individual manufacturers pivot during this time to retool and address critical health care needs, from ventilators to hand sanitizer, masks, and gowns.

Plex Systems has been looking at the data from the top countries with confirmed coronavirus cases, according to the Johns Hopkins Coronavirus Resource Center (see image below), and comparing it against the rate of production within a segment of the global manufacturing community. In today’s post, I am highlighting countries most heavily affected by the spread of the virus: China, Italy, U.S., Spain, Germany, and France. (Iran is excluded from this list because Plex has no customers in-country, so we cannot contribute local manufacturing data.) You can read more about the data source and how to best interpret the below graphs by reading our first blog post on the topic or scrolling to the bottom of this post.

Here are some trends we’re keeping an eye on.

As the COVID-19 curve has flattened in China (see figure above), we are seeing a continued increase in manufacturing production, beginning in early February. As of Sunday, the country seems to be approaching 2019 levels of production and may reach those levels in as quickly as the next few weeks.

Italy is still facing an increase in the number of coronavirus cases.

When comparing the number of cases against manufacturing production in Italy, you can see a correlation between the outbreak and production levels – as cases increase, production drops. In the week since our last data update, factories were closed and all nonessential production was halted on March 22. Leading up to that closure, production briefly increased, potentially in anticipation of the shutdown.

As Italy experiences its first week of near-total lockdown, we can expect that production will continue to drop, unless manufacturers (like automotive suppliers in the U.S.) retool to produce essential goods. We are seeing some of this emerge: Exor, the Amsterdam-based owner of Ferrari and Fiat Chrysler, is in talks to assist Bologna-based Siare Engineering, as they ramp up ventilator production from 160 units to 500 per month.

As we approach the end of March, the United States is seeing an exponential increase in the number of cases. This is only expected to increase in the coming weeks, and efforts to mitigate the spread of the virus are ramping up, with more states enacting some form of shelter-in-place or stay-at-home orders. Some changes are beginning to  affect manufacturing-heavy states (Michigan, California, Wisconsin, and Texas, just to name a few).

However, the U.S. is not yet experiencing steep drops in production as seen in Italy, Spain, and France. As of last week, the U.S. is more closely following the trend set by Germany, with a slower drop in production despite dramatically escalating COVID-19 cases.

This may be due to U.S. efforts to approach lockdowns on a state-by-state level and efforts to keep essential production open. For some manufacturers that we’ve heard from or work with, the physical aspect of their facilities (large machines requiring expansive square footage) are conducive to social distancing guidelines, making ongoing work possible, and safe, for employees.

Steve Kline Jr., who covers manufacturing for Gardner Business Media, also reported that, despite concerns around supply chain disruptions, many of the manufacturers he has spoken with have said they have seen minimal disruptions to date.

Spain is still seeing a sharp increase in the number of confirmed cases, unfortunately with no plateau in sight.

The relationship between COVID-19 cases and production is similar to that of Italy. As cases grow, production drops. Like Italy, Spain experienced a slight increase in production before going on lockdown on March 16, at which point we can see a dramatic decline.

It’s likely manufacturing rates – which are now on par with the holiday break – could bottom out as the country continues to battle the spread of the virus.

For context, the 2019 drops in production reflect Spain’s manufacturers hitting a five-year low on export demand in 2019, which influenced its overall production rates.

Despite predictions that the spread of the virus in Germany would slow, given efforts to test earlier and restrict public gatherings, the country is still seeing an increase in the number of cases.

However, unlike Italy and Spain, which have had similar exponential growth, Germany’s decline in production rates is not as dramatic. We will be monitoring Germany closely over the next few weeks to see if it follows its neighbors’ precipitous drop or whether it experiences a more moderate decline based on efforts to flatten the curve.

The country of France has the seventh highest number of confirmed cases. We’ve included it in this list to demonstrate the impact of the virus as it moves across Europe. From a timing perspective, its exponential growth curve is slightly behind, but similar to, the curves in Spain and Italy.

As France continues to see escalation of the virus, it is following the same trends as Spain and Italy in production – declines in production relative to increase in cases. It followed the same uptick in production before declining, though at a slightly slower pace.

Flattening the curve bodes well for hospital systems’ ability to save lives, and we hope that the measures being taken will meaningfully limit the spread and impact of the virus.

Comparing the COVID-19 spread rate across the globe with manufacturing production trends in the same regions over the same period of time, we are able to gain a sense of what to expect from an economic perspective in the coming weeks. The effectiveness of each country’s efforts to flatten the curve may allow manufacturing to come back online more quickly and could be an indicator of other industries’ recoveries as well.

It is important to note that alongside the economic story, in nearly every location Plex is watching, we are seeing anecdotal accounts of manufacturers rising to the challenge of helping overwhelmed healthcare and hospital systems with medical goods and supplies. Just check out the efforts of the GM supplier base, “The Arsenal of Health.” Plex customer Creative Foam Corp. is part of this effort, and will soon shift from manufacturing automotive foam to manufacturing foam parts for ventilators. They are set to ship parts as soon as this week.

We are sharing these stories along with other resources from our Twitter handle. Follow along for links to the most recent articles.

For a list of resources available to manufacturers in the process of forming their workplace safety and business continuity plans, check out this blog post.

Details on the Data Source & How to Interpret Graphics

Note this data reflects two periods of activity to compare year-over-year trends: the blue trend line is production transactions from October 1, 2019 to March 23, 2020 and the orange trend line indicates production transactions from December 30, 2018 to March 23, 2019. Keep in mind that more facilities were added in 2020, so it’s not necessarily important to look at the absolute number of transactions but rather the relative shape of the curves year-over-year. 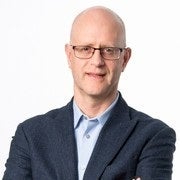